Glover Quin loved his NFL combine experience. For DeAndre Wright, it wasn’t worth the weight.

Both former University of New Mexico football players, however, accomplished their primary goals in Indianapolis last month. Quin wanted to showcase his speed, while Wright had to prove his surgically repaired right shoulder was not an issue.

Quin, a 2008 All-Mountain West Conference first-team selection at cornerback, said the consensus time he recorded in the 40-yard dash — the marquee event at the combine — as 4.49 seconds. 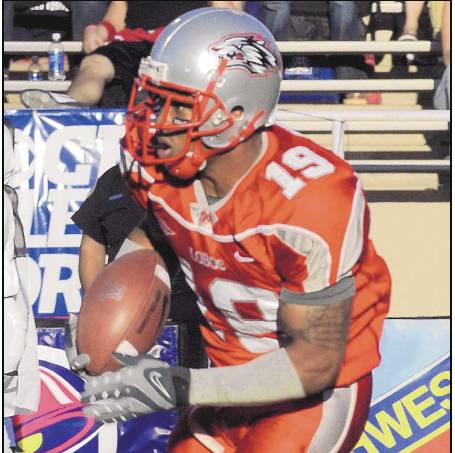 Quin also posted top-six numbers among the 20-plus CBs participating in the vertical jump (38 inches) and bench press (22 repetitions of 225 pounds).

“I think I did what I wanted to do,” said Quin, the Summit, Miss., native. “I showed I was capable of performing under pressure on a real high level. I’m happy to see that my (offseason) workouts paid off.”
Quin said the bigger concern for him, at least initially, was the interview process with the teams. He said he had formal interviews with five teams: the Cowboys, Jaguars, Bears, Vikings and Lions.

“Going into the first one, I was pretty nervous,” he said. “But after that, I felt comfortable. They just asked family questions, whether there were any off-field issues, and then they wanted to know your football knowledge and how well you understood defenses.”

Both Quin and Wright checked in at 5-foot-10½. Quin, who weighed 204 pounds by combine reports, tested better than Wright on the physical tests.

That was to be expected. 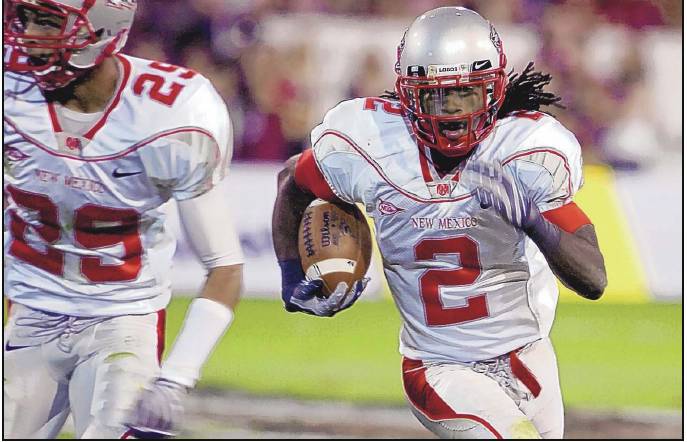 Wright had surgery to repair a torn labrum three days after the 2008 season ended and was unable to work out for about six weeks.

Wright, a 2007 first-team All-MWC choice, said he was told he ran a composite 4.54-second 40-yard dash. Reports indicated he had 17 reps on the bench press and had a 34½-inch vertical leap.

The Clinton, Md., product, however, isn’t using his time off to heal as a crutch.

“Technically, I didn’t lose a step,” he said. “A lot of the players at the combine played in All-Star games and missed at least a week of workouts. I should be pretty close to them.”

Wright said he was disappointed with his 40 time because he’s too heavy. He says he weighs 203 pounds.
He played at 193 for the Lobos last season but weighed 177 after his surgery and put on weight as he regained his strength.

“It’s been hard trying to lose that weight,” he says. “I’ve been eating a whole bunch of salads.”

Wright said he had one formal interview, with the Patriots, which wasn’t too painful.

“I thought I handled it real well,” he said. “By the end of it, I had them all laughing.”

Quin and Wright are back home, preparing for UNM’s Pro Day next Thursday — in which NFL scouts will test Lobos who were seniors in 2008.

Quin wants to improve upon his 22 bench-press reps — “I messed up my breathing,” at the combine, he said.

Wright hopes he can get his 40 time in the 4.4 range if he can shed the weight.

“I’m working out three times a day, six days a week to get ready,” he says.

Aggies get a chance to reset at WAC baseball tourney